Everything!!!! My eldest boy decided he wanted to sew something for a special little someone at school. I couldn’t resist! It was just too funny/cute/serious to say no to!

So this afternoon after school we got the sewing machine out, I gave him one of my block that went completely wrong at my sewing course (the middle is pointing upward, something to do with ironing and bias cutting….), he cut some white backing fabric, pined it. Then there was an argument and tears between him and his brother because little one thought it was a great activity and wanted to pin anything incliding his brother (who wasn’t too keen).

Explanations, shouting and cuddles later, it was time for THE SEWING MACHINE. mwahahaha!!!. My boy was scared! But he did it all by himself, listened (which usually never happens) to my instructions, managed to sew fast and slowly.

He’s a natural! We then stuffed it, but they preferred to play with the stuffing pretending to have long beard.

By then He had quite enough (and fair enough) and I stitched the cushion closed. 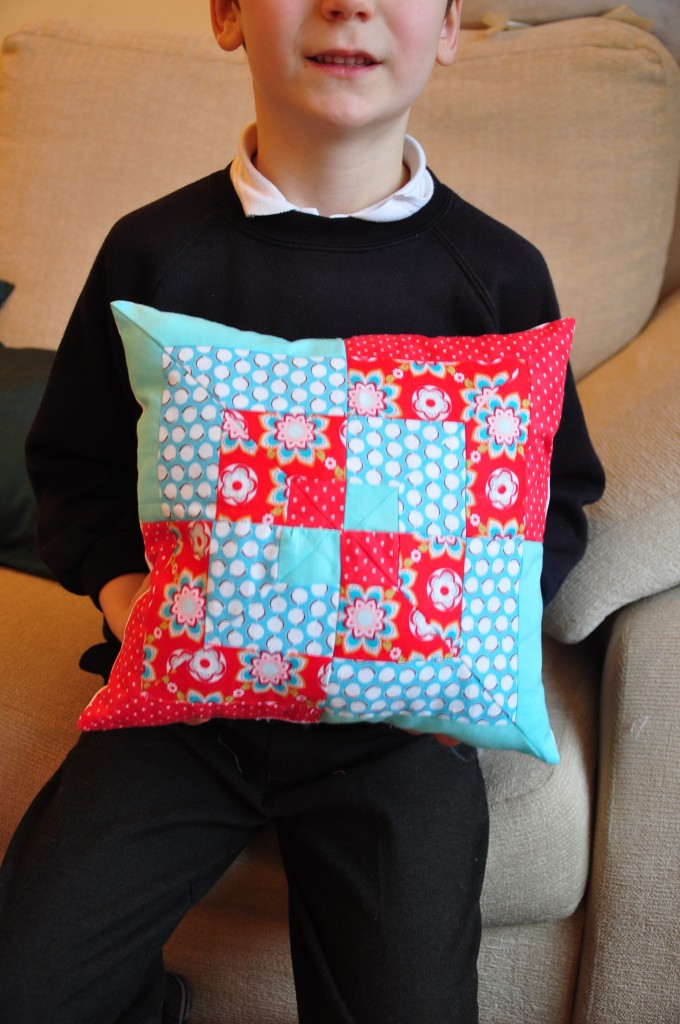 Et voila! My boy’s in love and it’s too cute not to blog about it!!

1 thought on “What’s love got to do with sewing?!”